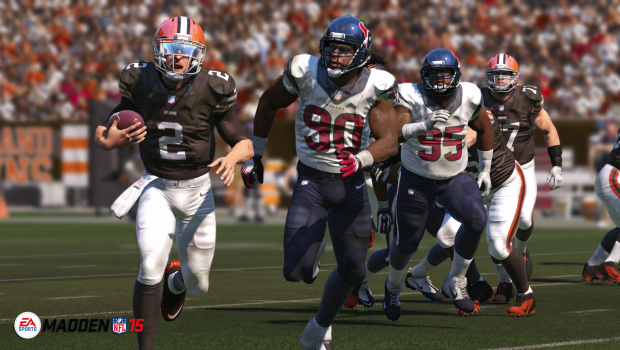 So, from the looks of it Electronic Arts is making bank on downloadable content.

Bloomberg reports that EA is expecting to make something around $1 billion worth of its yearly revenue from DLC and in-game purchases, with spokesman John Reseburg citing Madden NFL 15 and other annual sports titles as “major contributors” to that seemingly preposterous number.

Madden NFL 15 came to PlayStation 4, PlayStation 3, Xbox One and Xbox 360 earlier this week. If EA is already predicting such high profits due to a game that hasn’t even been out a week, it must already be seeing significant support from its extra content.

If the company is making this much money, it makes sense that it was fine with delaying games like Battlefield: Hardline and Dragon Age: Inquisition earlier this year.