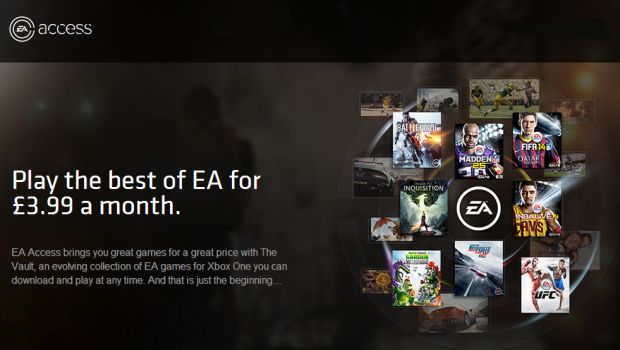 EA has confirmed that it will not be removing games from EA Access once they’ve been added to the service.

Speaking with CVG, EA president Peter Moore confirmed that unlike PlayStation Plus and Games for Gold, when a game is made available on Access it will always be available to users, without being taken down at any point and being unavailable to new adopters of the service.

“I think one of the key things is that once a game goes into the Vault it stays there, it’s not going to be taken out, that’s a commitment we’ve made.”

Moore also confirmed that when a game would become available for Access users would be on a game by game basis without any sort of established timeline for the company to be locked into.

“New game additions will be determined by franchise and timing,” he said. “We have to make decisions along that way, so there’s no template, like 30 days after a game ships it goes into the Vault.

EA announced that it would be allowing users to access its library on Xbox One through a subscription service earlier this year. EA Access isn’t coming to PlayStation 4 because Sony turned down the service because it didn’t believe it to be a good value to PlayStation players.