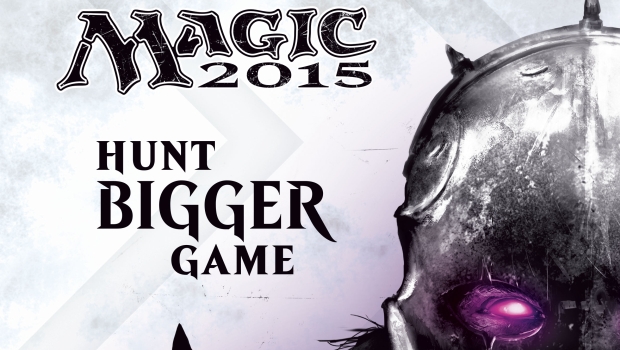 The time has come for gamers to Hunt Bigger Game. Wizards of the Coast today announced Magic 2015—Duels of the Planeswalkers, the latest installment for the popular Duels of the Planeswalkers franchise and the first version to release on the new next-generation gaming console, Xbox One. Starting this summer, Magic 2015 will put players at the center of the action as the deadliest hunter in the Magic Multiverse, Garruk Wildspeaker, shifts his hunter’s instinct away from beasts of the wild to the ultimate quarry—you!

Magic 2015—Duels of the Planeswalkers will take the game to a whole new level, deeply engaging fans like never before. With new features including the ability to build customized decks, new booster packs with premium downloadable content, and an even more robust deck builder, players will take on their fiercest opponents culminating in the ultimate battle against Garruk. Magic 2015 will offer gamers the perfect way to start playing the world’s best strategy trading card game priming them for even more action with the upcoming Magic 2015 Core Set. In addition to Xbox One, Magic 2015 will be also be available on Xbox Live Arcade, iPad via the App Store, PC via Steam, Android via Google Play, and Kindle via Amazon Marketplace.*

Fans attending PAX East in Boston this weekend will have the chance to be the first to demo Magic 2015—Duels of the Planeswalkers in the Magic: The Gathering booth, #462. Additionally, visitors to the show will have the opportunity to earn an exclusive Garruk Wildspeaker Pinny Arcade pin** by demoing the new game or participating in other in-booth activities.

Each year these conversions get better and better.  It’s a fun way to play Magic without investing a large amount of money into cards.  If you are at PAX East, be sure to check it out.