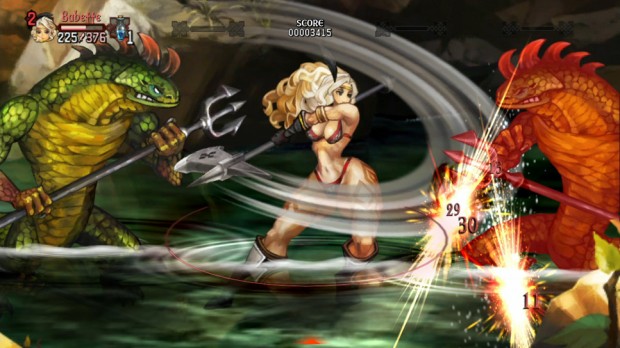 Dragon’s Crown is a 2-D, side-scrolling hack-and-slash game that will keep gamers entertained for hours, and will be launching this summer, according to Atlus.

Dragon’s Crown will feature six playable classes to choose from. The fighter utilizes armor and quick-hitting attacks to take down foes. Dwarves specialize in grapple attacks and hand-to-hand combat. Amazons move quickly and wield a giant axe to inflict massive damage. Wizards blast fire at targets to incinerate enemies that get in their way. Elves use bow-and-arrow attacks to launch damage-inflicting volleys. The Sorceress uses ice magic and a bit of necromancy to summon skeletons. Each character has a unique skill tree so players can build their character however they see fit.

Dragon’s Crown is one of the most perfect games I’ve ever played,” said Naoto Hiraoka, president and chief executive officer, Index Digital Media, Inc. in the press release. “The amazing game design and artwork are among the best in any console generation, and the cooperative gameplay is highly addictive.”

Those six classes of characters will explore Hydeland in search of the treasures that await in the game’s many dungeons. Monsters, titans and dragons will lie in wait and make the quests difficult if played alone. The game supports parties of up to four people to band together and play cooperatively. The rest of the party can either be human players or AI comrades. Cross-platform play is not supported.

Atlus announced in a press release that Dragon’s Crown will be released this summer on Playstation 3 and the PS Vita.