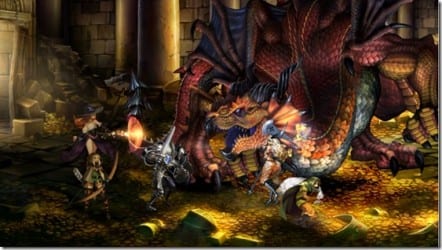 UTV Ignition Games has announced that they will be transferring publishing rights for Dragon’s Crown to Atlus, the force behind popular RPG games like Demon’s Souls. Dragon’s Crown is a 2D side-scrolling action RPG set in a fantasy world that was announced for release on the PS3 and PS Vita at E3 2011. The game allows players to take one of six characters on a journey through underground caverns in an attempt to keep the legendary treasure of the Dragon’s Crown out of the hands of evildoers, while searching for treasures of their own. The senior VP of UTV Ignition Entertainment had some comments on the game’s transition:

“While we are saddened to no longer be associated with the Dragon’s Crown project, we are very confident that the title is in excellent hands with Atlus,” stated Lokesh Dhar, senior vice president of UTV Ignition Entertainment. “Since the initial announcement, information on timing and features in the game have changed and other details regarding design and functionality are yet to be determined. We are confident that Atlus and Vanillaware will deliver the finest game possible.”

The CEO of Index Digital Media, who owns Atlus, also made a statement about the publishing rights chanding hands:

“We are exceedingly proud to become a part of producing and publishing Dragon’s Crown,” stated Shinichi Suzuki, President and CEO of Index Digital Media, Inc.  “Vanillaware is a developer beloved for their tremendous visual talent and extraordinary attention to detail.  Our previous collaboration with them, Odin Sphere™, went on to sell over 350,000 units worldwide, entering the prestigious PlayStation® Greatest Hits library.  While much work remains, we believe this collaboration will be well worth the wait.”

Now that Atlus is taking over publishing responsibility, their internal development team will be working with Vanillaware on the game itself. From what was announced before the move, we can still expect Dragon’s Crown to include cross-platform play, with save data shared between PS3 and Vita. Online cooperative multiplayer should also remain in the final game. We will have to wait a while longer to find out though: the shift has pushed the release back from mid-2012 to some time next year.