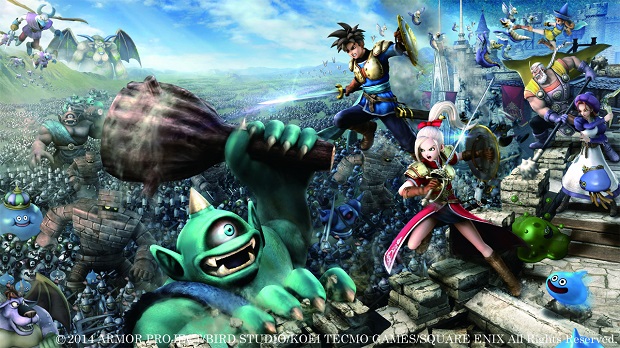 Square-Enix has announced that it will be localizing the Dynasty Warriors-styled Dragon Quest spin-off Dragon Quest Heroes for North American fans.

The game will come to PlayStation 4 in 2015, though Square does seem to be forgoing the PlayStation 3 version that is being released in Japan for a North American Audience.

No specific release window was given, with Square-Enix just saying the game would be released “later this year.” Dragon Quest Heroes is being released in Japan tomorrow, February 26th.