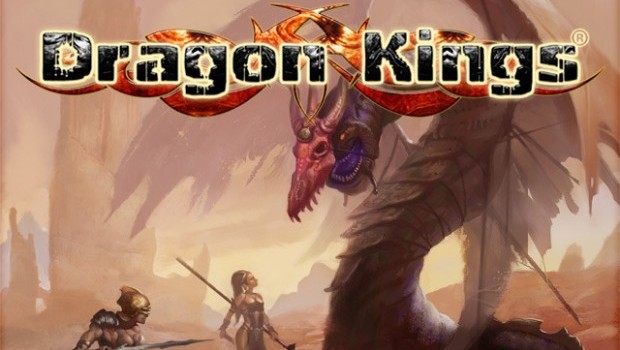 On Thursday, Dragon Kings, a multi-media fantasy project successfully funded on Kickstarter. Here is the description of Dragon Kings, right from the creators:

Already the first stretch goal, a 3 song trilogy expansion to the music album, has been reached thanks to outside interest, so the next goal is creating rules specifically for the 13th Age role-playing system. Dragon Kings is more a setting than a system, so you can use any rules, but the game comes with Pathfinder and Savage Worlds rules. Here is the full press release.

“Our base funding goal is met, ant that’s very exciting,” says project creator Timothy Brown. “That means this project will become a reality. We will make the World Book, the Gazetteer Book, and the Dragon Kings concept-album CD and they will all be available in April of this coming year.”

The team also announced that the first stretch goal, the ‘Black Fortress Falls’ 3-song Trilogy, is already achieved because of separate interest in the project. That means all subsequent stretch goals are advanced one position, making the 13th Age PDF Rules Supplement the next stretch goal to be achieved.

“We’re thrilled to be attracting interest in the project from so many different directions,” continues Brown. “We can’t make an official announcement just yet, but suffice to say that the project’s music has attracted separate interest that pre-funds its creation going forward. That let us advance the other more game-related stretch goals so they will be easier to achieve.”

13th Age will be published by Pelgrane Press in August 2013. According to co-designer Jonathan Tweet, “Our goal with 13th Age is to recapture the free-wheeling style of old-school gaming by creating a game with more soul and fewer technical details.” Learn more at www.pelgranepress.com.