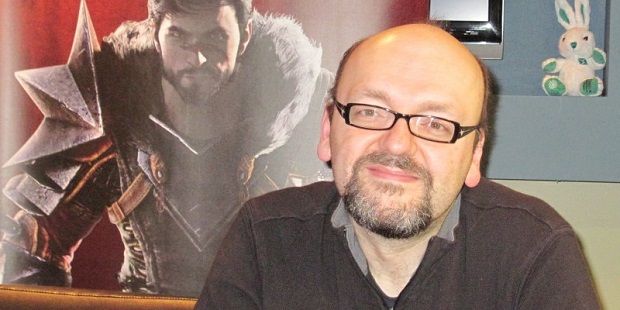 The Dragon Age series’ lead writer, David Gaider, has confirmed that he is moving on from the series and on to a new project within Bioware.

Through his Twitter, Gaider confirmed that he would be stepping down as lead writer after ten years on the project, and would be replaced by Bioware’s Patrick Weekes.

Gaider has writing credits on all games in the Dragon Age series, as well as some of the series novels and comic books. Dragon Age: Inquisition, which was released in November, appears to be his final contribution to the series. Gaider wrote many characters in the series, including Dorian Pavus, who we at Gaming Trend hold in high regard.

For more on Dragon Age, check out our spoilercast for Inquisition, and two writer’s viewpoints on the game’s portrayal of faith from an Atheist’s perspective and Agonstic’s perspective.