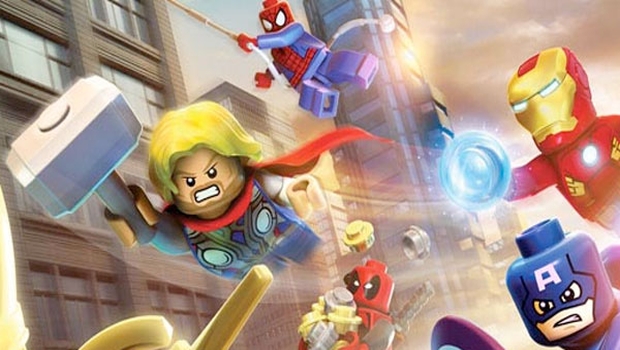 Also out of Gamescom and WBIE’s camp, we also have some sweet video and screenshots of LEGO Marvel Super Heroes – the super-powered, super-cute brick-builder from TT Games.   The new trailer shows off a new villain, but you’ll have to watch it to find out who.   Here’s a little bit about why you want to buy this game (other than the fact that all TT Games titles have been hilarious, despite nary a spoken word contained therein).

LEGO® Marvel™ Super Heroes features an original story crossing the entire Marvel Universe. Players take control of Iron Man, Spider-Man, the Hulk, Captain America, Wolverine and many more Marvel characters as they unite to stop Loki and a host of other Marvel villains from assembling a super-weapon capable of destroying the world. Players will chase down Cosmic Bricks as they travel across LEGO Manhattan and visit key locations from the Marvel Universe, such as Stark Tower, Asteroid M, a Hydra base and the X-Mansion.

Set for release this fall, the game will be available for Xbox 360, PlayStation 3, Wii U, Nintendo DS, Nintendo 3DS, PlayStation Vita, PC, as well as Xbox One and PlayStation 4!  (I’d say they have their bases covered)  Check out the video below, and the screens tucked just below that.