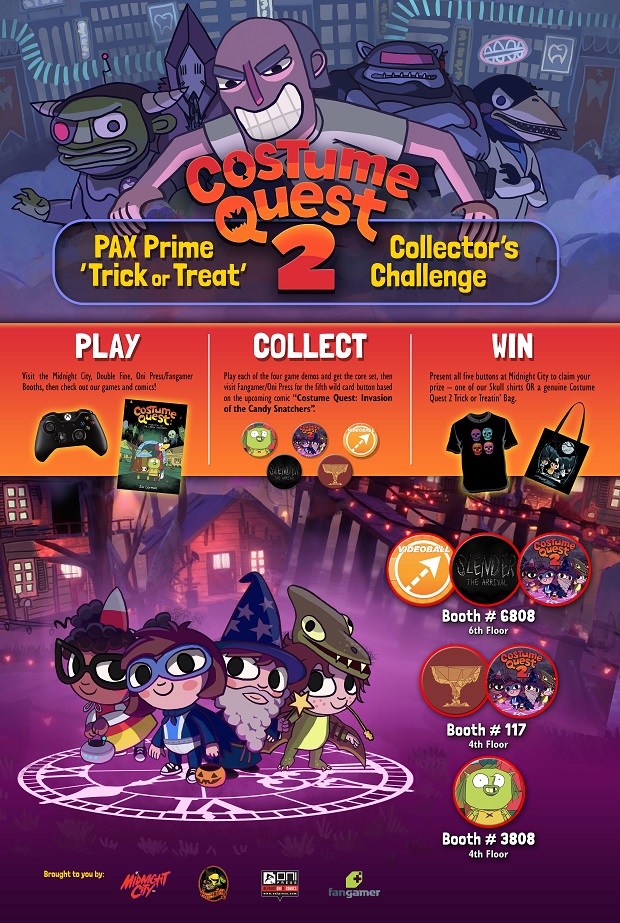 Double Fine and Midnight City will be holding a contest at this year’s PAX Prime for those that are attending.

Attendees who play Massive Chalice at the Double Fine booth, and Costume Quest 2, Slender: The Arrival and Videoball at the Midnight City booth will be able to collect four pins that they can bring to the Oni Press & Fangamer booth to acquire a fifth pin after they’ve checked out the Costume Quest: Invasion of the Candy Snatchers comic.

Taking all five buttons to the Midnight City booth will net you either a shirt or bag based on Costume Quest 2.