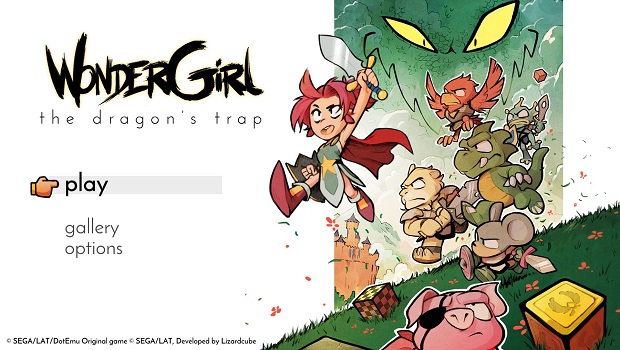 According to the Wonder Boy: The Dragon’s Trap official blog, DotEmu announced that it will include the character Wonder Girl to the game. Players will be able to select either character from the beginning when the game is launched April 18 for the PlayStation 4, Xbox One, and Nintendo Switch.

A remake of the 1989 classic, Wonder Boy: The Dragon’s Trap aims to capture the retro goodness of the original while improving upon the game through graphical and technical features. One of these features is the inclusion of Wonder Girl. While the character selection will be available from the start of the game, transformation forms will remain the same. Additionally, the remake has changed the end-game, making it possible to keep playing as whichever human character the player chooses.

Wonder Boy: The Dragon’s Trap will be released on April 18 for PlayStation 4, Xbox One, and Nintendo Switch. The PC version will be released later in Spring due to “hardware compatibility” issues. Check here for the reveal announcement, and stay tuned for more news on Gaming Trend.