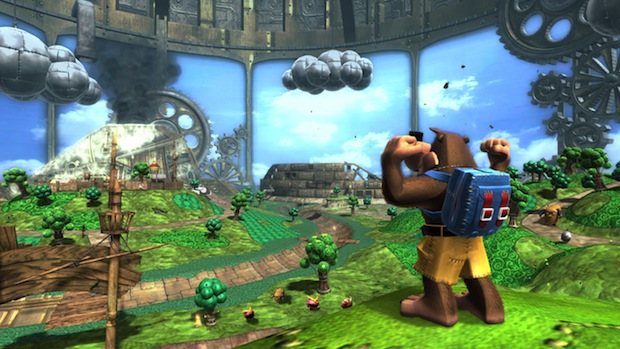 Microsoft has discussed the future of some of Rare’s dormant series.

Speaking with The Inner Circle podcast, Microsoft’s Ken Lobb discussed the possibility of Rare reviving series like Banjo Kazooie, Viva Pinata and Battletoads in the future. Lobb says that Rare’s old franchises may come back someday, also stating that Head of Xbox Phil Spencer is aware of the demand for these series, saying that he “understands the value of IP.”

“Will there ever be another Banjo, Viva, Blast Corps, Battletoads? Yeah, someday.” Lobb began. “And I think the reason you see things like [the Battletoads trademark] revived, is because we know there’s value,” Lobb said. “So we renewed the trademark. Does that mean it’s coming this year? No. Does that mean it’ll never come? Absolutely not. We have a lot of passion internally for each of the games. And we have surprises in store in the near and long future.”

Recently, Rare has been working primarily on Kinect-centric games. However, that may not be the case in the future, now that the motion sensor is no longer required to buy an Xbox One.