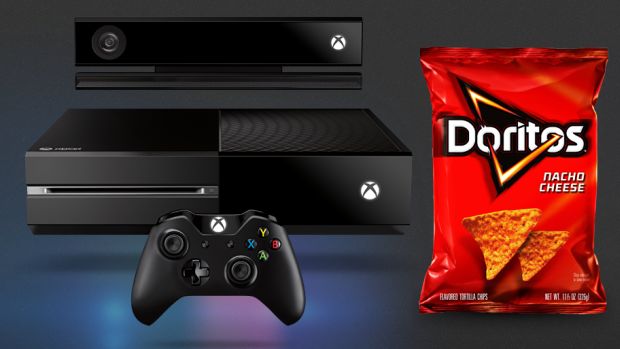 All gamers love Mountain Dew and Doritos, apparently. It was just announced that a new promotion is in the works that will reward junk food addicts with the opportunity to “get their hands on” the new Xbox One. The information is scant at the moment, and the language is not clear on whether participants have the chance to actually win an Xbox One or not. Either way, it’s probably safe to assume that we’ll be seeing a lot more of Xbox, Doritos, Mountain Dew, and Geoff Keighly in the same room.

“The Mountain Dew and Doritos brands are going to reward gamers in the biggest way possible this year with a variety of opportunities to get their hands on the new Xbox One,” said Larry “Major Nelson” Hryb. “We’ll be sharing more details throughout the summer, but rest assured that DEW and Doritos are creating something that is truly befitting of our epic new generation hardware.”

The Xbox One is slated to release later this year.