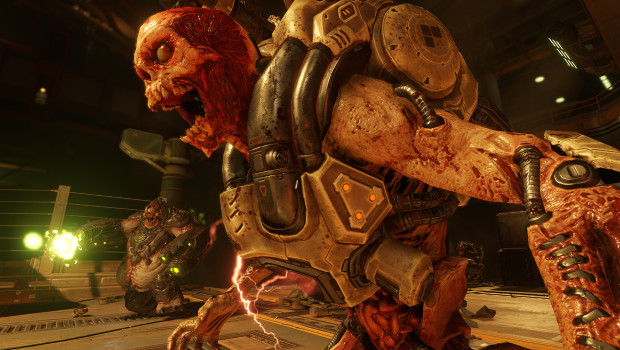 Anyone who pre-ordered or purchased Wolfenstein: The New Order on or before May 26, 2014 now has the opportunity to sign up to be eligible in the upcoming multiplayer Closed Alpha for Doom.

The Alpha will feature one mode, a team 6V6 team deathmatch, one map called “Heatwave,” and one demon, called “Revenant,” that players will have the opportunity to transform into if they are the first to get to the map’s  “Demon Rune.” Also available will be six weapons and two items.

According to a post on the game’s website, the Alpha is “a series of development-driven tests designed to stress test the game’s dedicated server infrastructure in a real-world consumer environment.” It is separate from the Open Beta that was offered with The New Order and will be available in English only, though the post stresses the final game will be available in multiple languages. Check out the link to sign up for your chance to join the Closed Alpha on either PlayStation 4, Xbox One, or PC.

The Doom reboot was announced at this year’s E3 during Bethesda’s press conference. It is set for a Spring 2016 release.