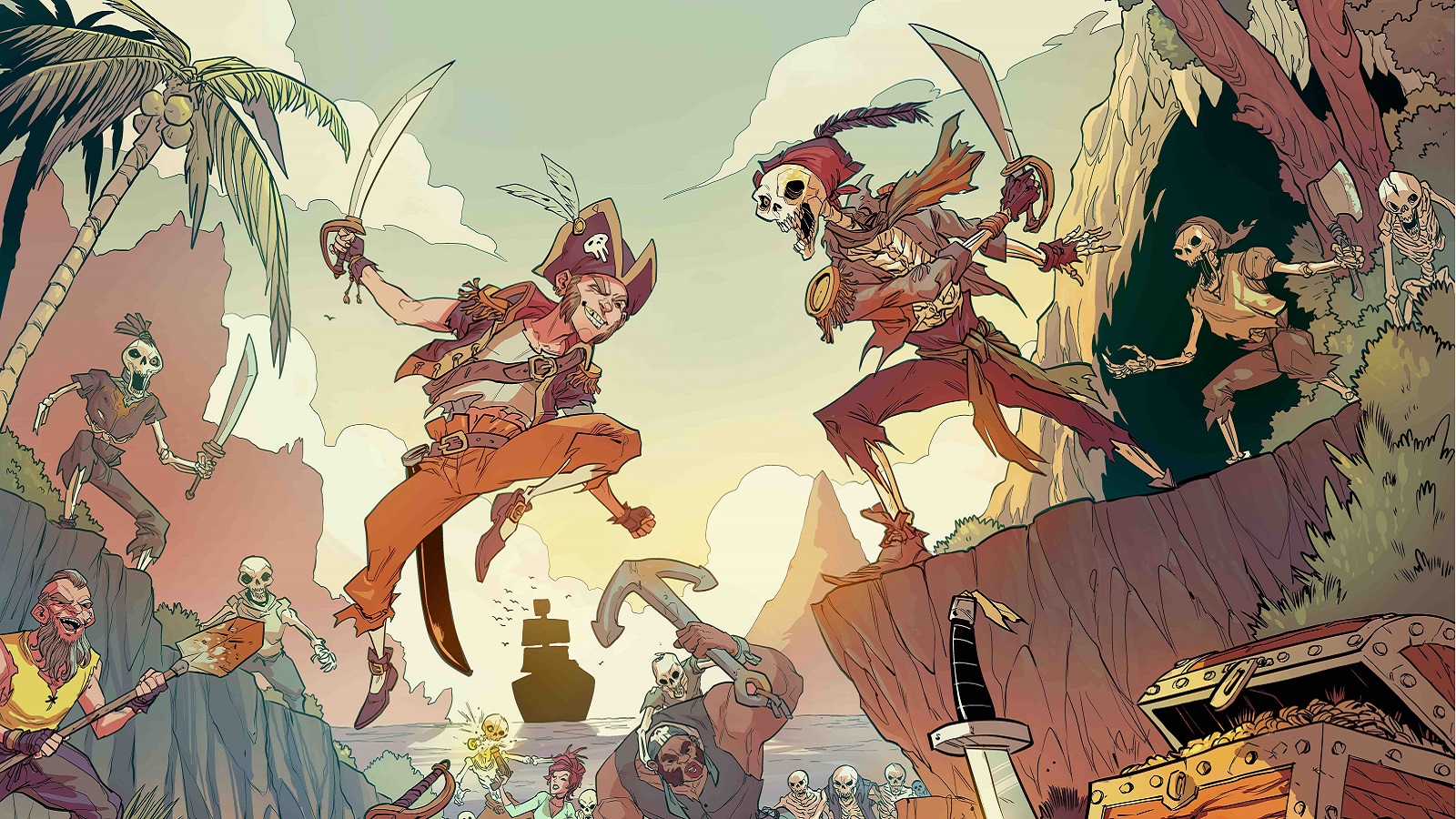 Today, Titan Comics announced that it has teamed up with Rare to release a new comic series based on the upcoming Sea of Thieves. The first issue will come out this March featuring writer Jeremy Whitley and artist Rhoald Marcellius, just in time for the March 20 release of the Xbox One and PC game.

In 2018’s Triple-A video game Sea of Thieves, players crew up together to become pirate legends on the Sea of Thieves – a world filled to the boots with ancient treasure to plunder, vast islands to explore, and undead hordes to combat.

With over 330,000 players already signed up to the Sea of Thieves Insider Programme, over 1 million views of the gameplay trailer and an ever-increasing, passionate community of dedicated fans, the highly anticipated video game is set to arrive on the Xbox One family of devices and Windows 10 PCs in early 2018.

In Titan Comics’ brand-new series, follow two competing crews of pirates, bound by a shared past and a single destiny, as they sail the Sea of Thieves in a race to track down an ancient treasure. Along the way they’ll deal with undead hordes, devious traps and their own bitter rivalries, but which crew will emerge victorious and ultimately claim the legendary loot?

Check out Hunter’s time with Sea of Thieves during this year’s E3, and stay tuned for more news here on Gaming Trend.