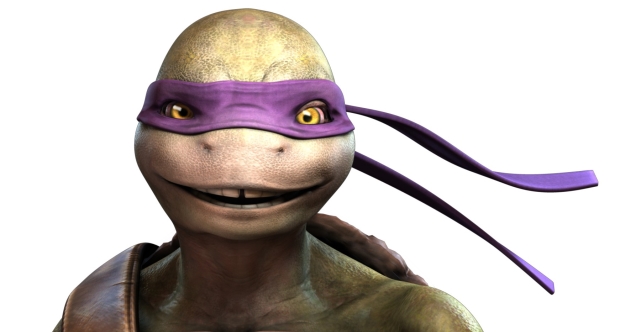 Stepping out of the shadows is Donatello in the next video reveal from Red Fly Studio and Activision. Slated for a summer release on XBLA, PSN and Steam, the next Teenage Mutant Ninja Turtles game aims to capture that arcade feel with some depth of character. For more info on the reptile in purple and the video head past the break.

Donatello is slower than his brothers on the battlefield – but also far more methodical. Donnie is a thinker, even in combat, with a knack for analyzing situations quickly, giving him the largest window for counters. The long reach of his heavy bo staff makes him adept at sweeping up multiple enemies with each swing, generating considerable knockdown strength that bowls enemies over.

Ever the engineer, Donatello’s tireless tinkering in his workshop allows him to produce some game-changing weapon upgrades unique to each Turtle. His own design – the Gravity Gauntlet – lets him bend the laws of science and send enemies skyward. Donnie’s technical prowess also affords him the ability him to hack computers and security systems – perfect for when Raph and Mikey’s “smash everything” approach to troubleshooting falls short.