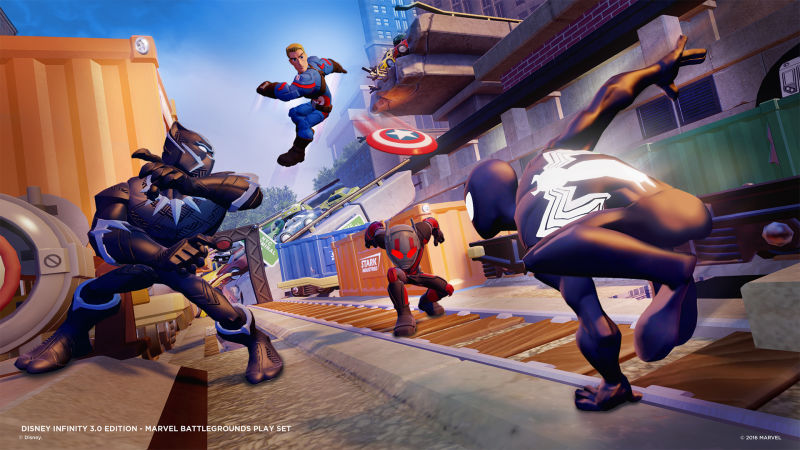 Over the course of 2016, Disney will be releasing new figures and playsets for Infinity, featuring new Marvel, Star Wars, Zootopia, and The Jungle Book.

These new figures include Black Panther, Ant-Man, Vision, and the originally Vita exclusive Black Suit Spider-Man on the Marvel side. Along with these figures Disney is releasing a “Marvel Battlegrounds” play set, which will feature a four-player cooperative mode.

Two figures based on Zootopia, Disney’s upcoming animated film launching this Friday, are available now as of this writing. Both Judy Hopps and Nick Wilde are in stores now along with four power discs.

Along with Zootopia, another Disney-native character will be coming out this year as The Jungle Book’s Baloo will be coming to Disney Infinity in celebration of the upcoming live-action adaptation set to launch on April 15th.

See all of these new Infinity figures in action in the clip below, the first installment of Disney’s new video series called Disney Infinity Next: