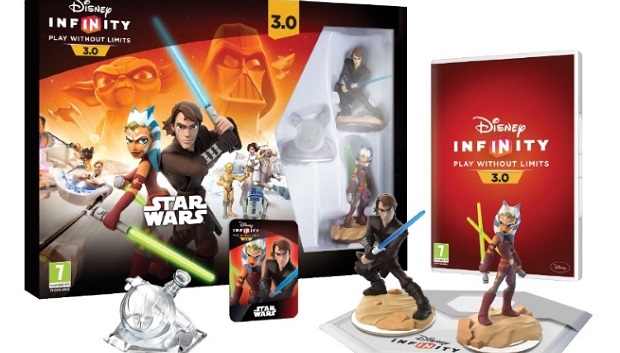 Yet another leak has revealed that Disney Infinity 3.0 will feature figures based on characters from Star Wars.

German retailer DisKingdom posted a listing for a Star Wars Disney Infinity 3.0 starer pack, which contained figures of Anakin Skywalker and Ahsok Tano, and a boxart featuring Yoda, Darth Vader, Obi-Wan Kenobi, Princess Leia, R2-D2 and C-3PO. The listing has since been taken down at Disney’s request, but the starter pack was priced at €69.99 on Xbox One and PS4 and €59.99 for PS3, Xbox 360 and Wii U.

This is the second leak for Disney Infinity 3.0, with Disney-native characters like Mickey Mouse, Olaf from Frozen, and Mulan having surfaced earlier this month.