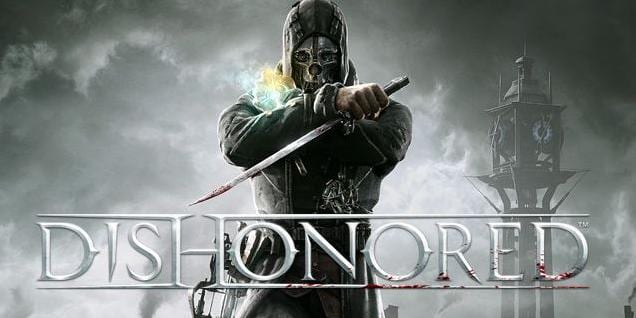 Fresh off another award-winning showing at GamesCom, we have for you another awesome how-to trailer for the upcoming tech-noire title, Dishonored.  In this video, entitled “The Study of Stealth”, we see Corvo show off his impressive powers to evade the enemy, prosecuting targets without leaving a trace.   Hopefully the game can be completed entirely in stealth – that’s always a good challenge.   In case you’ve missed the truckload of coverage we’ve given this, our top E3 title, click on the game name below this news post and catch yourself up – you’ve got videos and screens galore.   Here is a nibble on the description to whet your appetite.

Dishonored, the first person action game from Arkane studios, casts you as a supernatural assassin driven by revenge. Creatively eliminate your targets with the flexible combat system as you combine supernatural abilities with weapons and gadgets at your disposal. Pursue your targets under the cover of darkness or ruthlessly attack them head on with weapons drawn. The outcome of each mission plays out based on the choices you make.

The title will hit shelves on October 9th of this year on Xbox 360, PS3, and PC.   This is, by far, my most anticipated title of this holiday season, so you can bet you’ll be hearing a lot more about it before October!  Enjoy the sneaky….