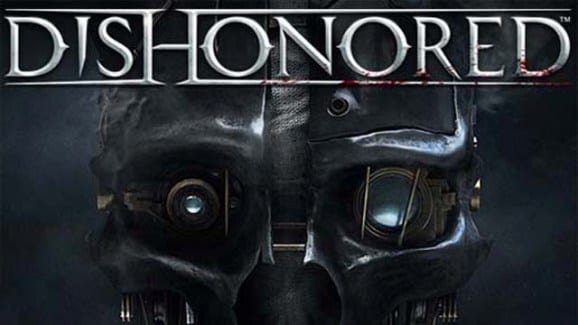 Dishonored was my stand-out surprise from E3, so you can bet that when a new video arrives I’m on it like white on rice on a paper plate in a snow storm!  This morning we have a new video entitled “Daring Escapes” that features Corvo using three different paths to escape the guards at the Boyle Mansion – Blink, Bend Time, and Possession.  We saw all three of those used in the Golden Cat videos we hosted a few weeks ago, but having seen the power list, let me assure you that those three are just a drop in the bucket – the game looks like it has at least a dozen methods you could use to escape beyond the always-an-option shooting people in the face.   In case you missed our preview, or our interview, here is a little bit about Dishonored:

Dishonored, the first person action game from Arkane studios, casts you as a supernatural assassin driven by revenge. Creatively eliminate your targets with the flexible combat system as you combine supernatural abilities with weapons and gadgets at your disposal. Pursue your targets under the cover of darkness or ruthlessly attack them head on with weapons drawn. The outcome of each mission plays out based on the choices you make.

Dishonored will be available in  North America on October 9, 2012 and throughout Europe on October 12, 2012, and is slated for release on the Xbox 360, PlayStation 3, and PC. For more information on Dishonored visit www.Dishonored.com.

If you aren’t excited about Dishonored yet, you might want to check your pulse – you may be dead.  Seriously…it’s that good.   Look for our continued coverage as we move closer to October!  Enjoy the new video.