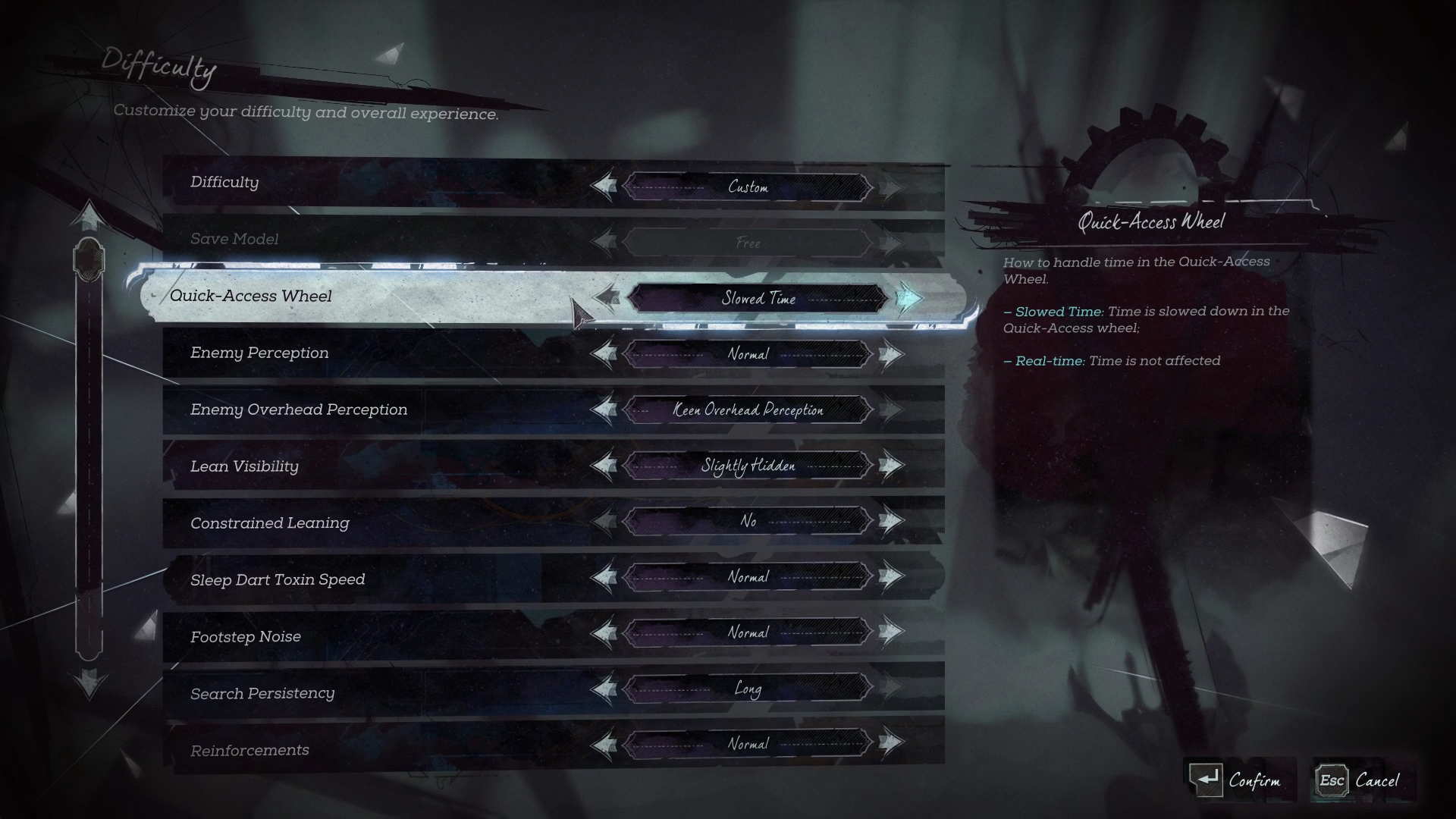 Arkane Studios announced today that a second free update for Dishonored 2 — offering custom difficulty settings and a ‘mission select’ option — is currently available for PC, Xbox One, and PlayStation 4.

Custom difficulty settings come in the form of 20 unique sliders for adjusting gameplay factors like footstep noise (the range at which your steps can be heard), enemy bravery (the likelihood of enemies fleeing during combat), overhead perception (level of enemy awareness of your looming, vertical presence), ammo quantity, health potion strength, stealth visibility, and ranged accuracy.

The new ‘Mission Select’ option lets players load any completed mission from the start. Since the Dishonored series is predicated on replaying missions under challenging constraints like ‘ghost’ runs (completing a mission without being spotted) and ‘low-chaos’ runs (completing a mission without killing anyone), this feature is essential to Dishonored 2 completionists.

Arkane’s first Dishonored 2 update – which went live last month – featured a New Game Plus mode, which let players carry over their arsenal of supernatural abilities and upgraded weaponry to a new save file. New Game Plus also allows both Emily and Corvo to learn abilities from either character’s skill tree.

We recently published our picks for 2016’s top ten video games and Dishonored 2 made the list for its inviting level design and powerful gameplay.