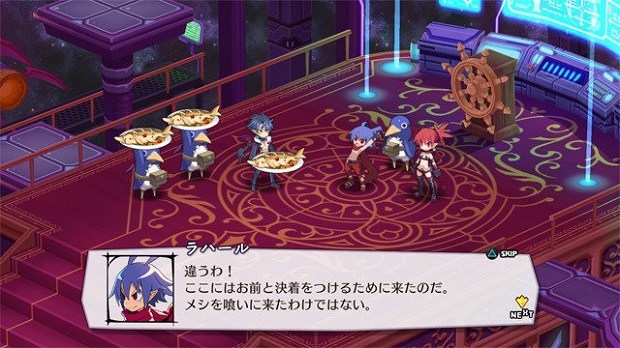 Disgaea 5: Alliance of Vengeance is out in Japan, and it’s getting DLC that features characters from previous games in the series, as well as characters from other Nippon Ichi Software games.

Over the course of the next four months, NIS will be rolling out episodic content based on past games in the Disgaea series, including Disgaea D2’s Laharl, Disgaea 4’s Valvatorez, and Disgaea 3’s Mao. Each piece of content will focus on characters from the previous games, and will be rolled out between March and June. Whether this content will come to Disgaea 5 when it makes its way to North America is unclear.

Disgaea 5: Alliance of Vengeance is coming to PlayStation 4, but won’t follow past games in the series in being ported to Vita. NIS as a company is moving past the PlayStation 3 this year, with its focus shifting over to PlayStation 4 and Vita.

For more on Disgaea, check out Gaming Trend’s review of Disgaea 4: A Promise Revisted.