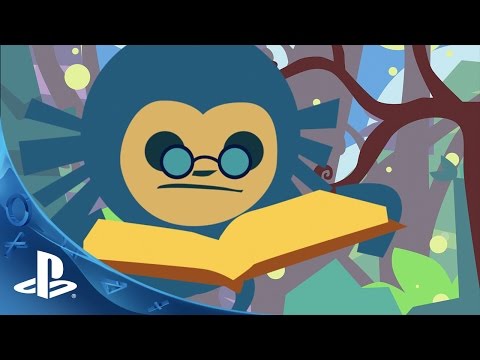 You may remember that back during my Playstation Experience coverage, I got to demo a rhythm-puzzle hybrid called Jungle Rumble. I had a ton of fun in my time with it, and now, everyone with a Playstation Vita can experience this fun game about smacking monkeys with coconuts to the beat of the drum.

Disco Pixel’s Jungle Rumble releases today for the Vita. As leader of a monkey tribe, you’re tasked with moving your fellow monkeys around the treetops, defeating enemy monkeys and completing your objectives.

It has the thought process of a turn-based puzzle game, but there’s an added layer of rhythmic precision necessary. Each “turn” plays out in 4/4 time, and you issue commands by tapping to the rhythm.

The game can be played solely with the touchscreen, which feels wonderfully percussive.

The charming aesthetic and great soundtrack of Jungle Rumble is really engaging, and it suits itself well to those who like to play their Vita on the go; you can pick-up-and-play this game and aim for the best times and medals, or just play through a couple levels.

We’ll hopefully have a full review up soon, but you can check out my preview piece for more of my early impressions, and pick up Jungle Rumble on the Playstation Store here for $4.99 USD.