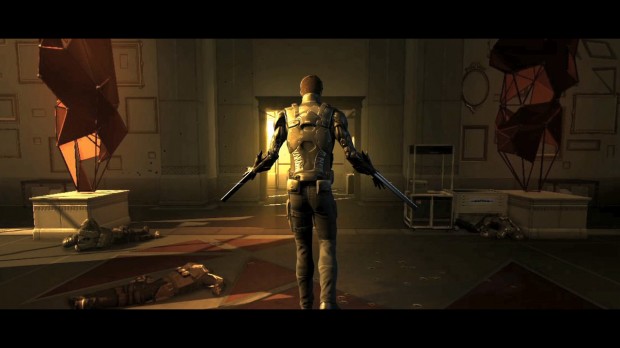 Happy news out of E3: the latest update for Deus Ex: Human Revolution isn’t going to be a Wii U exclusive.  Yes, the Director’s Cut will be coming to the PS3, the Xbox 360, and the PC.  There’s very little info about this except the multi-platform reveal, but we do know that we were promised “overhauled” boss battles.  Considering the biggest complaint leveled with DX: HR was the jarring boss battles, you can bet this has us at GT excited!