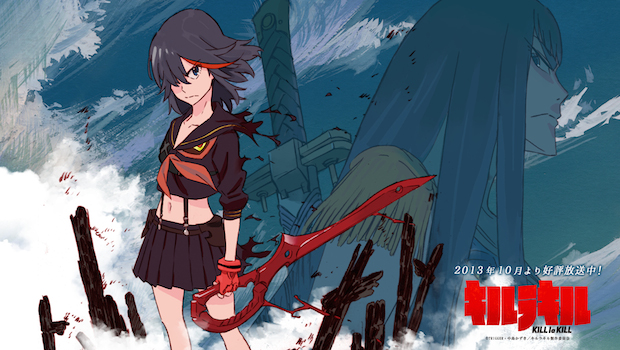 Platinum Games has been hard at work recently, finishing up the new Transformers: Devastation, working with Nintendo on Star Fox Zero, developing Scalebound for Microsoft and announcing a Nier sequel at Square Enix’s E3 conference.

With all this on their plate, it’s difficult to think that they would want more; but Kenji Saito, director of Metal Gear Rising Revengeance and Transformers: Devastation, recently expressed interest on Twitter in adapting high-octane action anime to game consoles.

In response to a Twitter user asking Saito to make a Gatchaman game, he replied with this:

Berserk is a medieval fantasy anime series, known for its dark subject matter and brutal combat scenes, with a long backlog of manga and anime to draw from. Kill la Kill, the first series from Studio Trigger, finished airing in 2014 and was very well-received. A story about a girl on a quest to avenge her father by searching for the other half of a scissor-blade that killed him, it has a great deal of fast-paced action and highly stylized character designs (and is currently on Netflix Instant!).

Fans are thrilled at the idea of Platinum adapting these series, but no other information currently points to a new Platinum Games project. Given their history of games like Bayonetta and Metal Gear Rising Revengeance, franchise adaptations certainly aren’t out of the question, but we’ll likely have to wait until the multitude of projects currently on Platinum’s plate starts to shore up until we get to step into the shoes of Guts or Ryuko.

Until then, we can at least watch GIFs like this on repeat and picture the glory of a proper Kill la Kill game.