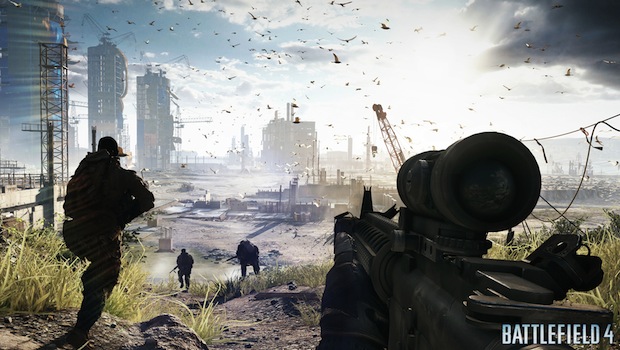 Something wonderful is brewing in Stockholm, and today Battlefield 4 developer Dice released 17 freakin’ minutes of gameplay footage from the upcoming title, causing fanboys (not unlike myself) to run for their computers as soon as they woke up. Oh, and Dice managed to accomplish one other staggering feat – they single-handedly changed my opinion of Rihanna, based on how awesomely her music was used in the announcement trailer that accompanied the gameplay video.

Naturally, when watching this clip, I was looking for ways that this release would distinguish itself from its predecessor, which I have played more or less religiously since it came out. The details are subtle, but Battlefield 4 looks ready to make a case for the most realistic shooter ever to hit the market, and Dice continues to illustrate the massive difference between Sweden and America in terms of creativity and talent – it’s no secret that I hate Call of Duty, and it’s the attention to detail that puts Dice miles ahead of Treyarch, whose last few COD titles have been about as heavy-handed and lifeless as they come. The gameplay footage also shows off some slick commanding abilities, new weapons, and an enhanced damage system that really makes enemy fire hit home.

Other notable moments from the gameplay video and the announcement trailer include the staggering level of realism in the character models, with faces that actually look like real people. I got chills. The graphics could easily make this one of the first war games to make it really difficult to remember you’re not playing a simulation – the holy grail of shooters, nay? I’ve said too much already – see the video for yourself here, and prepare 4 glory. That is all.