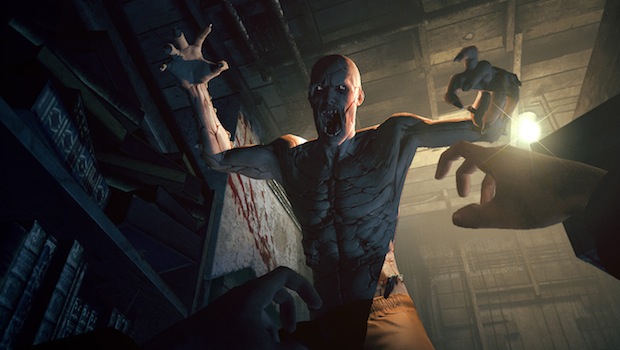 This year at the annual Penny Arcade Expo: East (PAX), which will take place in Boston from March 22-24, thrill-seeking gamers will have the opportunity to scream like terrified female children in front of hundreds of their peers while play-testing the debut title, Outlast, from indie PC games developer Red Barrels. The Montreal-based company is planning a hands-on premiere for the survival-horror adventure, which in turn will mark their first foray into the PC market, and probably give you nightmares for a week. Spare boxers are recommended, but not required.

In the game, you’ll play as Miles Upshur, an investigative journalist who must find a way to escape from Mount Massive Asylum before the horrible forces that reside there eat his soul and drink his blood (presumably). The HD teaser trailer (see below) outlines a creepy backstory involving Operation Paperclip, a CIA endeavor to repatriate Nazi scientists following World War II, along with some exciting gameplay footage. The clip doesn’t elaborate on the details of the story, i.e. how Operation Paperclip is connected to the Colorado asylum where the game is set, although this could be due to the inherent nature of a teaser trailer; one hopes that Outlast will do the story justice, as the plot seems rather ambitious and promising.

Besides the cool backstory, the trailer also gives you a good feel for the gameplay, showing off some rather novel player tools that should put a fresh spin on the survival-horror genre itself; for instance, you need to use the night vision on your character’s video camera in order to find your way through pitch-dark rooms, making for a seriously frightening atmosphere.

Outlast looks ready to deliver everything that makes horror games such a scream, e.g. a layered, complex sound design, edge-of-your-seat suspense, and plenty of “is-this-what-a-heart-attack-feels-like?” surprises that will surely cause you to jump about three feet out of your chair, and scream in that special way that we all scream when it really isn’t a joke. Red Barrels should make a splash with this entry into the independent games market, and given what we’ve seen so far, it promises to be a terrifying, bloody, adrenaline-fueled splash at that.

If you plan on attending PAX: East and feel like giving Outlast a spin, you can find Red Barrels at the Indie Megabooth on the East Show Floor, Booth 776, for the duration of the event. The game is slated for a digital release sometime this Summer.