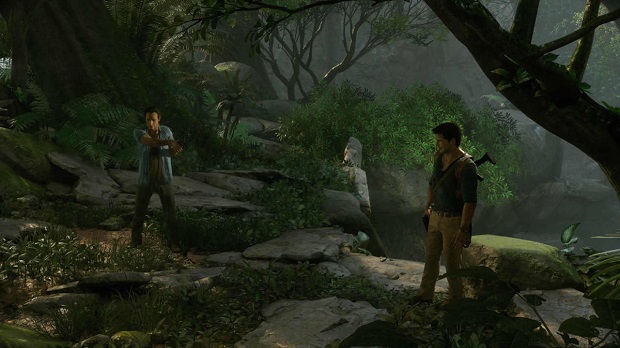 The upcoming Uncharted movie is currently slated for theatrical release next year, but some details about the film have been leaked through published files originating from the Sony Pictures hack of last year, all of which have been posted to WikiLeaks.

GameSpot has dug through the files and has found all sorts of details about the upcoming film, including comparisons to Disney’s National Treasure, potential casting for Nathan Drake, and possible shooting locations.

In an email sent in October 2014, Columbia Pictures senior vice president Jonathan Kadin explained how he wanted to make the Uncharted film seem more mature than Disney’s National Treasure, calling the latter “softer” and “sillier” than the script that was in the works for the adaptation.

“National Treasure is certainly a fun movie with an engaging historical mystery (and Uncharted can deliver on those elements), but the action sequences are softer, mostly wide shots and very little physical mano-a-mano fights, gunfire, or up close intensity,” he said. “They aren’t inspired. They don’t feel real.”

Kadin continued by saying that he hoped to have something far more action-oriented than National Treasure with Uncharted, directly comparing the opening scenes of both by calling National Treasure’s first scene “dialogue-heavy” and in need of more action.

“Compare this to our opening scene with Drake on the plane teetering on the mountain, taking on armed men as the plane slides soft the cliff,” he said. “It should be intense and more engaging for adults, and of course young teens as well.”

“Nathan Drake has a sense of humor and fun banter with Sully, or clever verbal sparring with Elena, but the script never feels goofy or silly.

Kadin also compared the romantic relationship seen in National Treasure to the one in Uncharted, criticizing the former for its depiction of the relationship between its two romantic partners, ultimately calling Nathan Drake and Elena Fisher’s relationship in Uncharted “a lot sexier and more fun.”

“National Treasure is fun no doubt, but Uncharted takes the action adventure movie to a more grounded, contemporary and visceral level, and we need to do that given what audiences have been exposed to since the National Treasure movies,” he added. “So, we’ll get the kids for sure, but we’ll have a movie that can be strong enough–and ‘cool’ enough–for adults.”

According to an email sent in May of 2014, actors potentially set to portray Nathan Drake included Chris Hemsworth, Mark Wahlberg, and Channing Tatum, none of which have been confirmed as of yet. A June 2014 email says that casual talks about shooting the film in Australia or Mexico took place, but that nothing had been solidified by that point.

For those interested, the leak did include an early script for the film, one that is likely being rewritten after Hurt Locker writer Mark Boal was brought on to the project last year.

The Uncharted movie was last reported to be released on June 10th of next year, but there has been no official announcement.