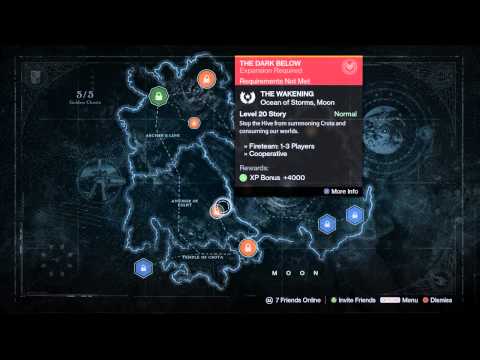 YouTube user Kinsey_92 has compiled some recordings of a bug in Destiny’s map screen that shows new story missions, raids, strikes and multiplayer content that is under the name of the game’s announced DLC.

Reddit user KilledbyDice has compiled a list of all the information that has been inferred from the bug.

Recently, Bungie confirmed that it will be making changes to Destiny’s loot system in order to address some of the criticism of the game’s leveling system.