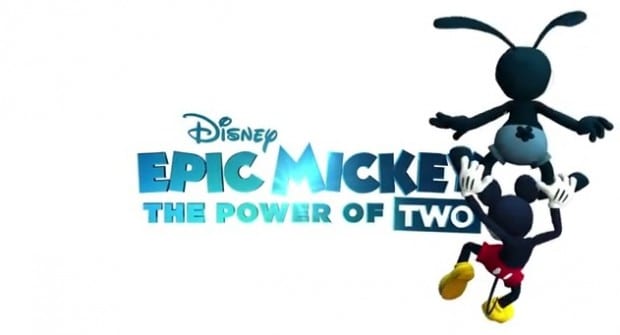 The original Epic Mickey was a bit of a surprise, mostly because Warren Spector was the designer and it was a Wii exclusive.  It must have sold well though, because reviews for it were all over the map.  Now the sequel is coming out for the Xbox 360 and PS3, and you can download the demo now.

Disney Interactive today announced that a demo of the highly-anticipated “Disney Epic Mickey 2: The Power of Two” video game is now available for download on the PlayStation®Network and Xbox LIVE® Marketplace for the Xbox 360® video game and entertainment system from Microsoft in North America.  In the video game demo, players will adventure as Mickey Mouse and explore the extensive tutorial and early levels of the game including the magical laboratory of the sorcerer, Yen Sid. In addition, players will meet Oswald the Lucky Rabbit, Walt Disney’s first cartoon star, and experience a few of the fun co-op abilities that will be available in the full game at launch. The adventure will culminate with an exciting sizzle reel that showcases some of the exciting and action-packed elements of the game. “Disney Epic Mickey 2: The Power of Two” will be available for all major console systems in North American retail stores on November 18th.

For those who prefer double analog sticks over motion controls, this is a great way to test and see how the controls work.  November 18th is going to be a busy day with another big launch that day as well.