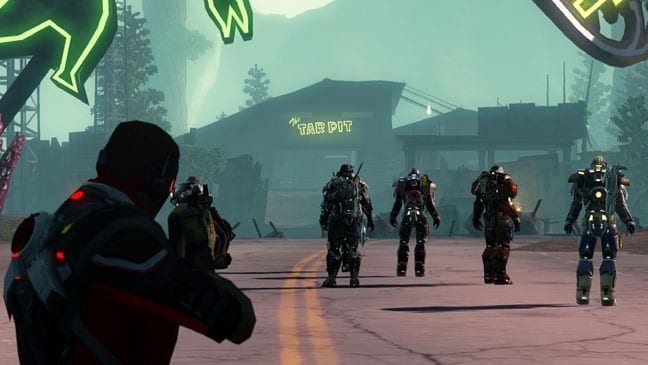 Defiance wants to own your entertainment center.  Part MMO shooter in development for the PC, 360, and PS3, part television series slated to debut on the Syfy Channel, this ambitious cross-media project is being shown behind closed doors for the first time at E3 2011.

Set on a future Earth, Defiance introduces players and viewers to a world where humans and aliens live together on a planet transformed by decades of conflict. The game combines the intense action of a “AAA” console shooter, with the persistence, scale, and customization of an MMO, while its TV counterpart weaves the rich tapestry of the world into a series with the scope, characters, and drama of a classic sci-fi epic. Because they exist in a single universe, the show and the game will influence each other and evolve together over time, with actions in both mediums driving the overall story of Defiance.

Blending the disparate storytelling techniques of a serialized TV show and an online shooter is a sounds like a formidable task, but folks behind Defiance might just have the pedigree to make it work.  The television series is to be helmed by Rockne S. O’Bannon, creator of sci-fi fare like Farscape, seaQuest DSV, and the original Alien Nation movie, while game developer Trion Worlds is most recently known for the well-received MMO RPG Rift.