The roster of characters for Injustice: Gods Among Us is slowly increasing.  While we have seen characters like Superman, Green Lantern, Batman, and Joker, we are starting to be aware of some of the less famous characters.  Today WBIE has announced the addition of Deathstroke to the gallery, as well as some screenshots and a video.

Today, Warner Bros. Interactive Entertainment and DC Entertainment unveiled Deathstroke as the latest addition to the growing cast of heroes and villains in Injustice: Gods Among Us, the upcoming DC Comics fighting game.  Known as a legendary assassin, Deathstroke utilizes a small arsenal of ranged and melee weapons to penetrate his enemies’ defenses.

After seeing the video, I’m impressed with what Deathstroke adds to the table.  Be sure to check it out. 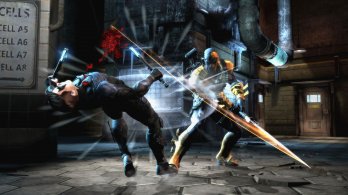 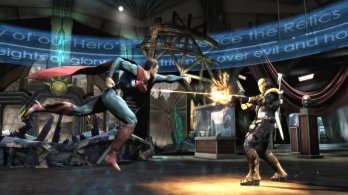 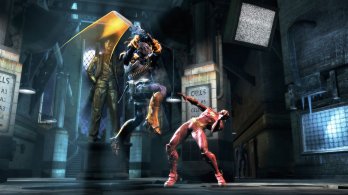 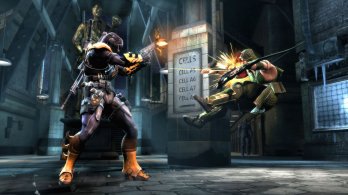