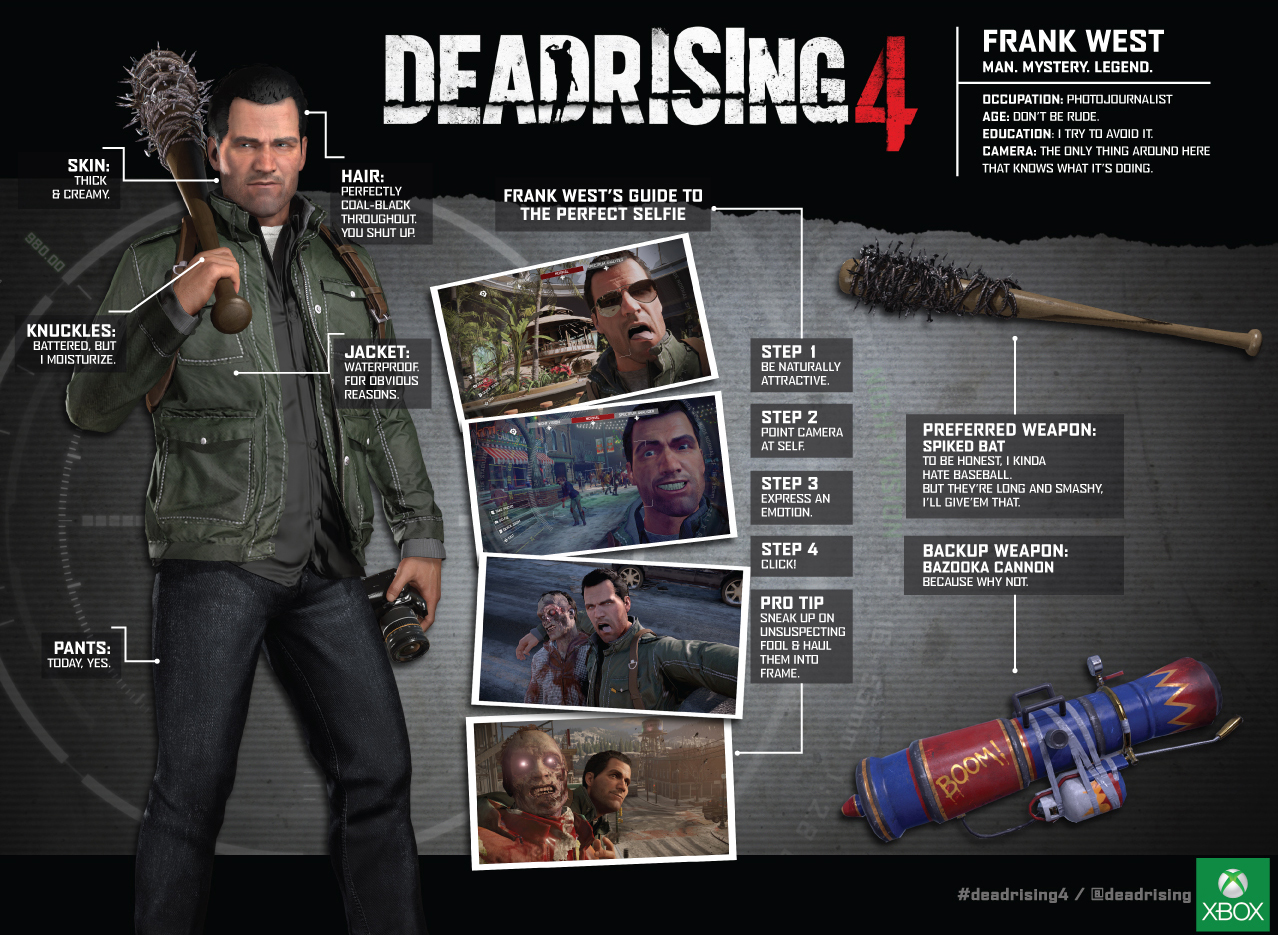 Frank West, the protagonist of the upcoming zombie survival sandbox Dead Rising 4, will be wandering the streets at San Diego Comic-Con this year.  After releasing a quick promo, where West demonstrates his best self techniques, it was announced that he would be at the event, searching for signs of the apocalypse, zombies, and the best cosplay.  If you’re planning on attending the event, be on the lookout for Frank and his trusty camera, as he’ll be giving away Dead Rising 4 prizes to fans.  Frank’s coverage of the event can be found by following Dead Rising on Twitter.

Also at Comic-Con, the developers of Dead Rising 4 will also be hosting a panel about the influence of pop culture in zombie games, along with Kinda Funny’s Greg Miller and a special surprise guest.  You can find that panel on Saturday at 5:00 PM, in room 25 ABC.  Dead Rising 4 will be released on December 6th, 2015 for PC and Xbox One.