If there is a game that has be absolutely salivating for the Xbox One, it’s Dead Rising 3. The potential for cloud-computing adding literally hundreds of thousands (millions?) of zombies to the field takes the game from “Hey, a few zombies are in here” to true “Zombie Apocalypse!”, and that’s before we get around to putting road cones or Tron Bonne helmets on their heads.

Now that I’ve got you thinking about zombies, Xbox and “Run for Your Lives” have kicked off a nationwide Zombie Race, announcing 10 events across the US, starting in New Hampsire on September 7th. If you are a runner (or just want to watch the spectacle) read on:

The race courses will be infiltrated by zombies from “Dead Rising 3” and include unique obstacles and areas like a DR3-branded Tire Climb and a Safe Zone featuring artwork from the highly anticipated open-world zombie action game, launching exclusively on Xbox One this November.

Kicking off with the next race in New Hampshire on Sept. 7, the Run for Your Lives Zombie 5K Race Presented by “Dead Rising 3” will spread to major U.S. locations across the country on the following dates, with space for up to 10,000 participants at each*:

*Events start at 8 a.m. local time, with a new wave of runners leaving every 30 minutes until approximately 3:30 p.m.

Participants will test their speed, strength and endurance through miles of man-made and natural obstacles – all while being chased by hungry, merciless zombies. But beware – fall behind, and you might fall prey to the horde and find yourself joining their ranks through the Zombie Transformation Center!

Waiting at the end of each race is the Apocalypse Party, where participants and spectators alike can join together to celebrate zombie culture. From when gates open until the dead of night (in select locations, end times vary by location), there will be music, games, zombie/people watching, dance parties, and much more for your entertainment. You can even take a photo with the walking dead in the “Dead Rising 3” Zombie Photo Booth. In addition to great food and beverage, there will be unique vendors and Run for Your Lives and “Dead Rising 3” merchandise for you to check out.

To get the full details on when the race might be in your area, or to register (spectactors are free and do NOT require registration), head over to the official site. Want to see what you are in for? Here are some screens from a previous run in McLeary, AZ on August 24th!

Dead Rising 3 is an exclusive Xbox One launch title! 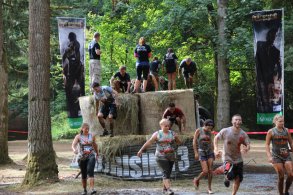 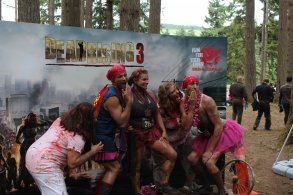 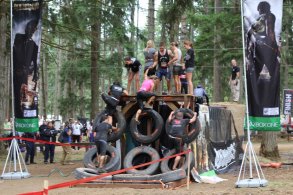 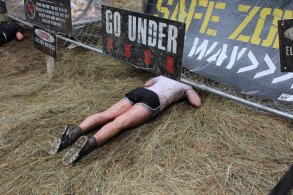 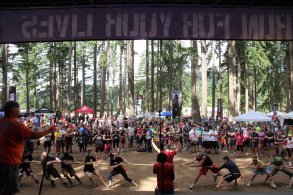 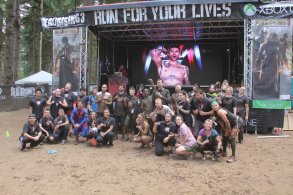