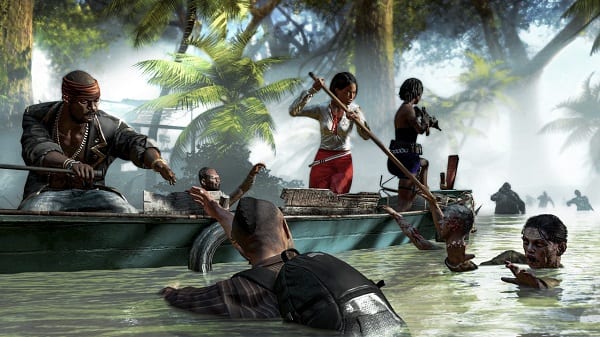 You remember Dead Island Riptide, right?  You probably heard a lot about it last week after publisher Deep Silver unleashed the fury of the internet by revealing a gruesome statue.   Well, if you’re worried there’s nothing to the game but creepy pack-ins, never fear!  We have gameplay footage for you to enjoy!

You can check out the video below.  Deep Silver had a few words about it in a very…unique voice:

The near-10 minute walk-through features a ton of the new content you’ll see when Riptide launches later this spring including how you’ll get around the island (YAY BOATS ARE MY FAVORITE!!!), new weapons and the superbly awesome new tower defense gameplay you’ll encounter as you fend of hordes of the undead with bombs. KA-BOOM ZOMBIE PARTS EVERYWHERE YAYYYY!

It looks like the footage is pretty early in development, but it does showcase a few features that make Dead Island unique.    The most noticeable thing is the focus on melee combat, but the second obvious thing is the requirement to scavenge an open environment in order to beef up your defenses in a set piece battle.