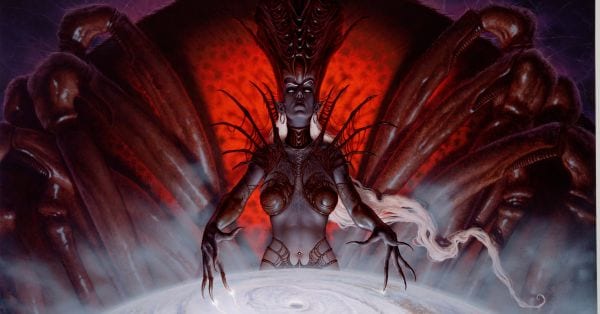 Those of us who grew up on the story of Drizzt Do‘Urden and his dark elf adventures have been looking forward to Menace of the Underdark for some time.  Well…wait no longer – today we see the Dungeons and Dragons Online expansion kick off its shoes to stay a while.   To celebrate the launch of the expansion, we also have a behind-the-scenes look at the creation of the title – the first premium title expansion for DDO.  As well as showing off the new area, we get to hear from Fernando Paiz, Executive Producer of DDO for Turbine, as well as a look at some gameplay.  The trailer also features the dark deity herself, Lloth.  Here is a nibble about the title:

The shadow of Lolth has cast darkness over the kingdom of Cormyr where heroes struggle to stem the unrelenting tide of the Drow forces.

Descend into the Menace of the Underdark.

The hopes of the Realms lie with champions from Eberron, whose world has become entangled in Lolth’s schemes, bringing them to Faerun where they will make the final stand against the Queen of the Demonweb!

Ok, it’s a small nibble.   If you picked up the collector’s edition, you’ll see a familiar companion courtesy of a small onyx figurine.   Go get your Drow on – enjoy the launch trailer.