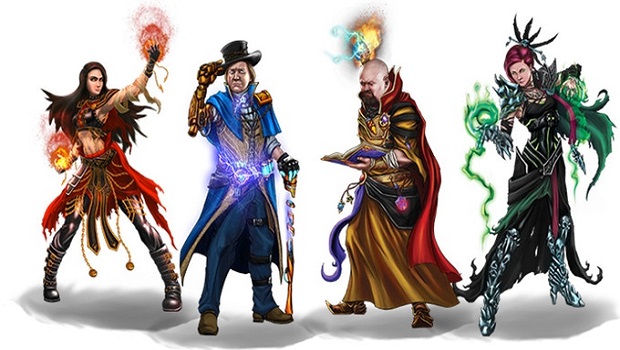 Earlier this week, SolarFlare Games announced that it has released a Kickstarter campaign for its upcoming tabletop game Dawn of the Archmage. The game is currently seeking $60,000 in funding, with a copy of the game being a reward at $70.

Dawn of the Archmage is an exciting skirmish game for 2 to 4 players, where players assume the role of powerful mages who summon their monsters in a fearsome battle. The one who reigns victorious over their opponents will ascend to the title of the Archmage.

“We have invested all our love and effort in this project”, says Dave Killingsworth, game designer. “We have taken the world of Archmage Origins and continued its rich fantasy in order to  build the world of Dawn of the Archmage”, he continues.

The game features 20 stunning miniature models of the powerful monsters summoned by the mages. It also has a modular board and a variety of cards for even greater replayability.

“In addition to summoning fearsome creatures to fight, mages possess a selection of powerful spells. With a single word, the battle can shift. Manipulating odds, controlling movement, and countering rival spells, the mage’s strategy will determine the supreme ruler of Sorcado.”, mentions Killingsworth.

The game is what we call “easy to learn – hard to master”. It is suitable for all types of players, from novices to veterans, as its complexity can be adjusted to all kinds of skill and preferences. This way it can prove suitable to play from someone new in the board games field, but also challenging for those already in their hobby who want to test their skills.

Dawn of the Archmage seems like an accessible title that everyone can enjoy, and hopefully it gets funded. You can check out the campaign now until October 12, and stay tuned for more news here on Gaming Trend.