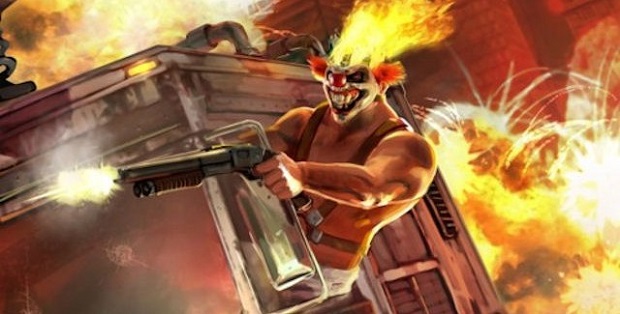 While he’s currently working on Drawn to Death (check out our preview from PlayStation Experience), David Jaffe has revealed he would like to bring back the character of Sweet Tooth from the Twisted Metal franchise in a way that’s separate from the vehicle combat he’s known for.

Speaking with YouTube user MistaOfficialVG, Jaffe states that he’d like to bring back the Twisted Metal character in a 16-bit action RPG. He said a few other details, all of which you can read below:

• He would love to do a game just with Sweet Tooth and his “fucked up family,” but he doesn’t want to do another car game.
• It could have cars as an element, but it wouldn’t be a purely car game.
• He wouldn’t do it immediately, as he can make only one game at a time, but one day he’d love to go back to the Twisted Metal universe.
• Jaffe would love to do it as a 16 bit retro action RPG with top-down perspective like Chrono Trigger, Secret of Mana or Legend of Zelda.
• It wouldn’t cost that much to make, so he could take all sorts of chances with it.

Sweet Tooth’s most recent appearance was in the PlayStation 3 Twisted Metal, as well as being the series’ representative in PlayStation All-Stars Battle Royale.

Jaffe is known for his development of Twisted Metal and God of War, but is now working on Drawn to Death with Bartlet Jones.