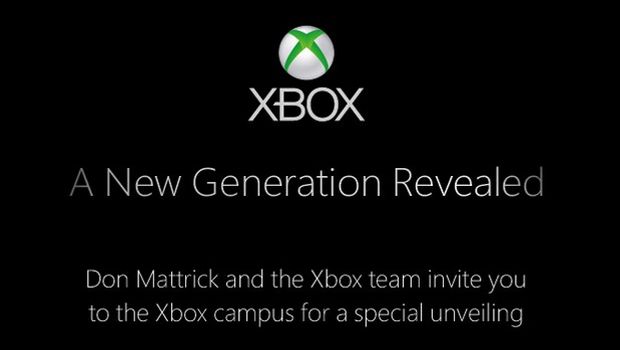 At long last, Microsoft has pinned down the official reveal date for the next iteration of the Xbox console, which will take place on May 21st on their campus in Redmond, WA. The announcement will precede a bevy of further details, which the company has promised to disclose at the legendary E3 games conference in June. As yet, very few details have emerged about the upcoming system – no one even knows what it will be called yet, although “Xbox 720” has been the most popular (and logical) guess so far.

The long-awaited announcement came in the form of a blog post today from official Xbox spokesperson Major Nelson, which included the following:

On [May 21st], we’ll be holding a special press event on the Xbox campus and we invite you to join us via the live global stream that will be available on Xbox.com, Xbox LIVE and broadcast on Spike TV if you are in the U.S. or Canada.

On that day we’ll share our vision for the Xbox, and give you a real taste of the future.

He goes on to say that they are extremely excited to finally “pull back the curtain” and show off what they’ve been busy developing for the past couple of years (at least). The post sits beneath a spiffy-looking green countdown timer ticking off the moments until the big event, which has been scheduled to go live at 1 PM EST / 10 AM PT / 17:00 GMT.

A great deal of speculation has arisen already as to what the new Xbox will bring to the table, and the general consensus is that the games themselves will be but one fraction of the system’s overall entertainment abilities. A Blu-ray drive will likely come standard, along with 8GB of system memory and an 800MHz video card, but be sure to expect some exciting surprises as well. One item that has raised eyebrows in recent months, however, has been the somewhat-confirmed fact that the Xbox will be “always on,” i.e. require a constant Internet connection, which some gamers are worried will exclude fans for whom such a set-up might not always be possible. In fact, the controversy even led to one of Microsoft’s Creative Directors, Adam Orth, losing his job after posting a rather callous tweet. It remains to be seen whether that issue will remain as hotly contested as it has been, however.

With all the hype and anticipation involved in the build-up to the event, it will be interesting to see whether Microsoft really has what it takes to push the boundaries on their slice of the console market, which faces stiff competition from a certain other heavyweight that rhymes with pony. On the other hand, their track record, both in terms of U.S. sales and a steady release of quality titles, would seem to stack the deck in their favor, but in the end, only time will tell. Let us know your thoughts in the comments section, and I hope you’re as excited to see what Microsoft has up their sleeve as we are.