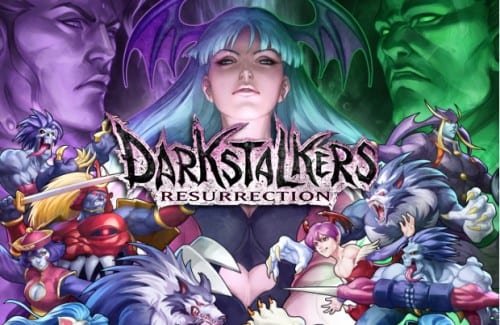 Old school fighter games are one of the greatest things that mankind has ever created, and there’s nothing better than bringing back some “old-old” school games back from the dead onto this generations game consoles, which is probably why Capcom is giving it the title “Resurrection”, for it’s coming back from the grave to spread it’s violent-competitive-plague throughout the land.

Capcom, a leading worldwide developer and publisher of video games, today announced that the fan-favoriteDarkstalkers® franchise is back and ready to take the fight to current gen consoles. Featuring a unique and colorful cast of characters, blended with fast-paced fighting action, Darkstalkers® Resurrection contains two games, Night Warriors: Darkstalkers Revenge and Darkstalkers 3, that will be available to download in early 2013 for $14.99 on PlayStation®Network and 1600 Microsoft Points on Xbox LIVE® Arcade for the Xbox® video game and entertainment system from Microsoft.

Not a bad price for something so prestigious, and it happens to be on both the Xbox 360 and the PlayStation 3. In addition, it’s also giving purchasers a total of two games, because one game by itself would just be plain rude of Capcom. One more reason for people to love them. (Like they need anymore reasons.)