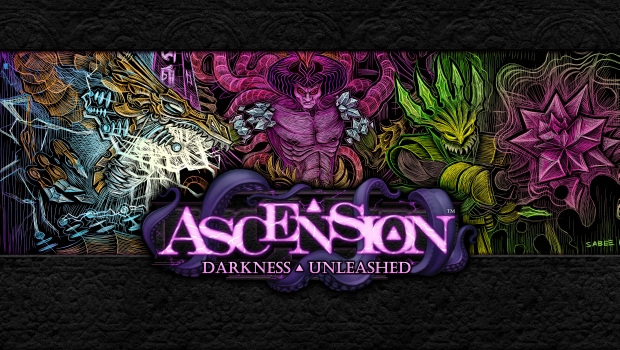 Ascension has been one of the best deck builders to hit mobile devices, and while iOS users have known this for a while Android users have recently been able to find that out as well.  Plenty of downloadable content has become available for Ascension, and the fifth expansion, Darkness Unleashed, has been released.

Playdek, a leading mobile and video games publisher, and Stone Blade Entertainment, a premier developer and publisher of original board and card games, announce the release of Darkness Unleashed as an in-app expansion for the award-winning mobile game Ascension: Chronicle of the Godslayer. Now available on the App Store/Google Play Store, the new expansion features 43 new cards and mechanics to keep players immersed in the dark world of Vigil.

In Ascension: Darkness Unleashed, Erabus, the twisted spawn of old gods, is free of his crystalline prison and ready to conquer the world.  The energy shards that once imprisoned him are now the only hope to stop him.  Players can harness the power of these all-new Dark Energy Shards (Treasure cards) to make Heroes and Constructs more powerful.

Players can also fight back with a new game mechanic, “Transformation” – these cards begin the game in one form and once a specific condition is met transform into a more powerful version of its original form.

Playable as a stand-alone or two-player game, or combine it with Ascension: Rise of Vigil for an expanded game that can be played with up to 6 players.

Each new expansion has new innovations.  While I keep the physical sets together (the four player box and two player expansions), I like the fact you can mix everything up with the mobile version.  I can’t recommend Ascension highly enough on mobiles.