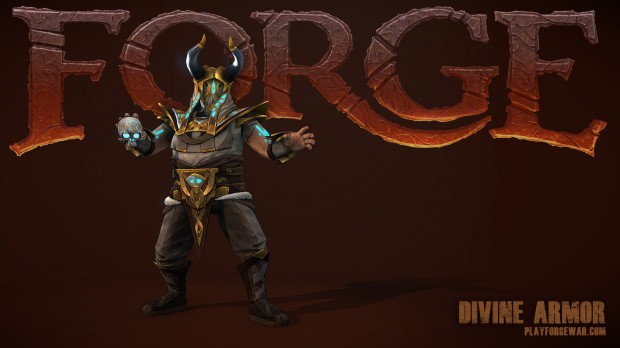 A few months back, I delved deep into the heart of Forge.  Looking at the class-based combat, health and mana bars, and high fantasy setting, you’d be forgiven for assuming Dark Vale’s latest project was another MMORPG.  But you’d be dead wrong.

Forge shares more in common with Team Fortress 2 than Guild Wars.  As I pointed out in my review, the action is fast and frentic, requiring the twitch reflexes of a mouse to master.  However, in my review I also noted that the game seemed to be incomplete.  A lot of features you’d expect to be standard in an arena based shooter simply weren’t implemented at the time–things like matchmaking, social interaction with other players, and competitive ladder gameplay.  The game felt unfinished.

[singlepic id=11681 w=320 h=240 float=left]As it happened, Dark Vale agreed.  In an email sent to Gaming Trend Thursday afternoon, Dark Vale CEO David Domm admitted that the game had been launched before it was ready. According to Domm,  Dark Vale “were forced to do this due to capital and resource constraints, and candidly, the game suffered because of this.”  In an attached developer’s diary, the team

…had no choice but to launch the core game on Steam in December. At that point, we believed we had enough of a game to get people hooked so that by the time they were fully vested in the game we would have updates ready for them. While we did get people hooked early on, we still felt some backlash from players who wanted a bigger game at launch. We don’t blame them.

According to the statement, Dark Vale were forced to launch the game earlier than they’d desired in order to ensure a revenue stream.  Without the influx of cash, Dark Vale wouldn’t have been able to pay their artists, programmers, and designers, and the game would possibly have died before getting out of the gate.[singlepic id=11680 w=320 h=240 float=right]

The team also confessed to a few other mistakes they made when they decided to release Forge.  The first was the lack of a meaningful tutorial.  Now, I played Forge back when it first came out, and I can attest that the tutorial left a lot to be desired.  It taught some of the basics, but omitted some important details to how each class worked, or when to use the different abilities each class has.  Dark Vale plan to address that issue later this month by

…including a very thorough tutorial that walks you through every single class and ability. We did look to TF2 for inspiration, as Forge is closer in spirit to that twitchy gem than it is to WOW or Guild Wars 2. Thanks to our new tutorial, even the most inexperienced players stand a chance in the battlefield.

The other big mistake the team admitted to was the complete lack of any matchmaking.  In their statement Dark Vale indicate they are more focused on ensuring players are matched with other players of comperable skills, but my biggest gripe was actually finding myself alone in a game.  Hopefully in the future Forge players won’t have to struggle to fill a map so much as I did back in January.

[singlepic id=11678 w=320 h=240 float=left]While Dark Vale is willing to admit to making mistakes in launching Forge, they stand by their game.  They belive they’ve hit the right notes in balancing both the classes and they’ve found the razor’s edge betwen FPS and MMO gameplay. “The overwhelming feedback from players is that [Forge] is a bridge that has been missing in PvP, and that we got it right. “

“A game like Forge is only as good as its players,” Dark Vale states, and they seem confident that they’ve done well building  their community by keeping them up-to-date with the latest news in Forge’s development cycle, as well as by asking for their feedback once the game launched.  And they did it with no marketing budget.

By the time Forge shipped we had 30,000 fans ready to start playing. We did this with no marketing dollars. None. Zip. Instead, we hung out with them online, talked about what we were planning, asked them what they wanted to see most, and showed them a whole lot of cool pictures as they came off the press. Building this community was one of the smartest things we ever did.

Looking forward, players can expect to see two new classes in the near future.  The first is the long-awaited Ravager.  Described as “Yoda covered in razor wire on a PCP bender,” the Ravager is entirely dedicated to offense.  The second class in the works is the Tinkerer, a “brilliant,[singlepic id=11679 w=320 h=240 float=right] but slightly deranged inventor of dangerous objects built from scraps of metal and the discarded bones of animals.”  In other sources, the developers have suggested that the Tinkerer will specialize in area denial attacks.  We’ll expect to see the Ravager later this month, but I’ve not seen any word on when to expect the Tinkerer.

Well, with all the work the Dark Vale seems to have done, I think it’s only fair that I go back and give Forge another go to see how things have changed. Look for my thoughts on the updates soon.

UPDATE (04/19/2013)–Dark Vale has posted the whole statement on their own website.  Go and have a look, it’s an interesting read.