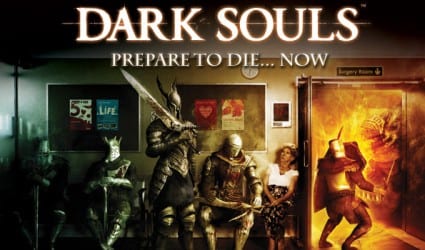 At long last, Namco Bandai has announced the upcoming PC release of the popular action RPG game Dark Souls. The original console-only release of Dark Souls was popular among players and reviewers for being extraordinarily challenging as well as engaging. As a result, PC gamers almost immediately began demanding their own version of the Dark Souls world. Those prayers will finally be answered, and the extra content to be included with PC version, rebranded as Dark Souls: Prepare to Die, is just icing on the cake.

“Our fans demanded to see this game brought to the PC, and the noise they have made was simply too loud and too passionate to ignore,” said Hidetaka Miyazaki, Creative Director for Dark Souls at FromSoftware, Inc., “This also allowed us to dive back into the world of Dark Souls, offering a special edition of the game that offers more ways to die over and over again than ever before.  Adding a whole new chapter to tell the tale of the Dark Knight Artorias was an opportunity we’re also proud to have taken, as we’ve managed to expand the experience for our biggest fans without compromising the balance of the core game that we worked so hard to create. This edition of the game is our gift to the fans.”

In addition to the extra chapter “Artorias of the Abyss”, which will contain new locations, enemies, and bosses while revealing previously unknown parts of the Dark Souls story, the Prepare to Die Edition will also feature new and enhanced PVP gameplay. The game is expected to maintain the challenge and atmosphere of the original while catering to PC gamers. Despite the time and effort it took to accomplish, PC gamers everywhere can now happily await the arrival of Dark Souls: Prepare to Die on August 24, 2012.