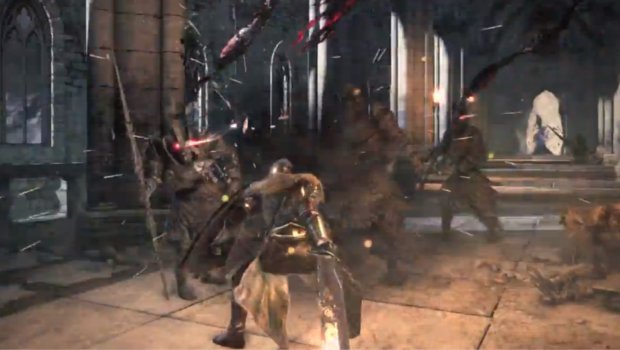 I still can’t get over the fact that Dark Souls is getting a sequel. Not because it was a bad game – in fact, it was absolutely phenomenal. But Dark Souls, much like Demon’s Souls, was just so… bleak. Really, both of the games gave off this vibe of a world that was pretty well on its last legs, and if there was going to be any sort of adventure there after your work was done, it would have to take place millenia after the fact because the only alternative to ‘And then everything was destroyed’ was ‘And then everything was desolate and had to be rebuilt entirely anew’. But no, Dark Souls II is a real thing, and you can even see the respawn bonfires in this, the latest trailer. It’s called “I Am Undone” because, once again, it’s Dark Souls and everything related to it is forever grim. Still, it’s an eyecatching trailer – so prepare for your eyes to be caught!

This trailer is a little light on the giant, intimidating dragon monsters that really stunned the player in Dark Souls, focusing instead on the more down and dirty combat with things approximately your player’s size. As ever, it’s looking like an amazing, exotic and altogether bleak world – and I cannot wait to adventure in it.