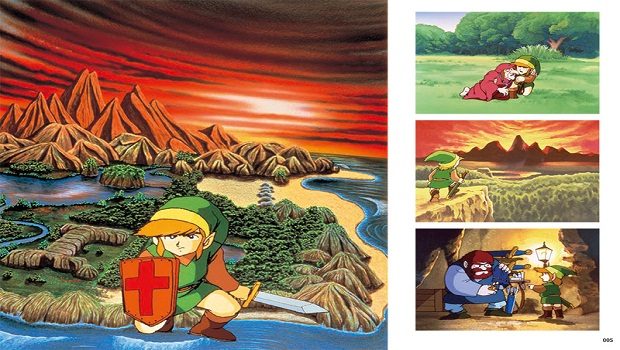 Dark Horse Comics, publishers of Hyrule Historia, and Nintendo recently announced the release of The Legend of Zelda: Art & Artifacts on February 21, 2017. Featuring over 400 pages of concept designs, interviews, and promotional art, the book will contain exclusive material for Zelda fans.

Preview page from the book.

In addition to never before published material, Art & Artifacts will also include a sneak peak of art for the upcoming Wii U and NX title The Legend of Zelda: Breath of the Wild prior to the game’s official release.

Breath of the Wild is slated for a 2017 release, having been announced for Nintendo’s upcoming NX console in addition to the Wii U. We got to have an extensive look at the game during our E3 preview.