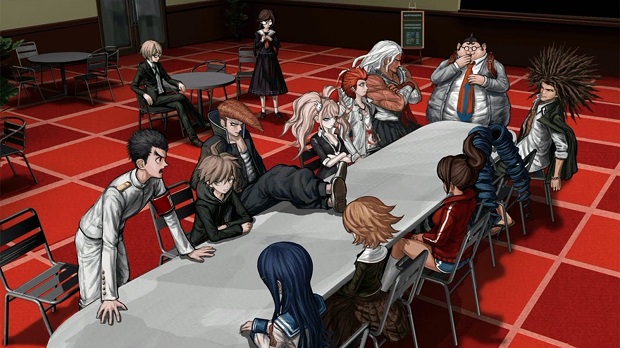 Earlier this year, Danganronpa writer Kazutaka Kodaka gave a presentation at GDC about his character creation process for the visual novel series. Now, the entirety of his talk has been uploaded for public viewing.

The 49-minute panel has Kodaka explaining how he used Japanese anime tropes to defy player’s expectations and create a character that is both more complex than they immediately appear, but is still endearing to players despite murderous or malicious intent.

You can check out the full talk in the video below:

Danganronpa: Trigger Happy Havoc and Danganronpa 2: Goodbye Despair are both available now on PlayStation Vita. A third-person shooter spin-off called Danganronpa Another Episode: Ultra Despair Girls is coming to the handheld on September 1st, and bridges the gap between both mainline games.

Kodaka recently confirmed the third Danganronpa game is in development and has hinted that an announcement for Danganronpa 3 may be coming fairly soon.

For more on Danganronpa, check out our spoilercast for the first two games.