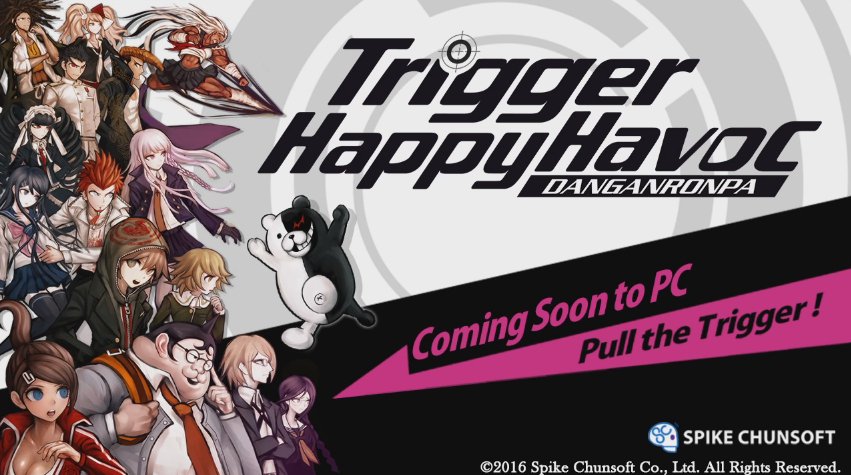 Spike Chunsoft has confirmed that Danganronpa: Trigger Happy Havoc is coming to Steam after hinting at a PC port last week.

The visual novel will be available on Steam some time in February, but there’s no word on a specific date. According to the game’s Steam page, those that purchase Danganronpa’s limited edition will get as 16-track OST alongside the game.

Danganronpa: Trigger Happy Havoc is the first game in the Danganronpa series, and was followed by direct sequel Danganronpa 2: Goodbye Despair and midquel Danganronpa Another Episode: Ultra Despair Girls, both of which are currently available on PlayStation Vita.

Spike Chunsoft recently announced plans to conclude the currently-running Danganronpa storyline with an anime called Danganronpa 3: The End of Hope’s Peak Academy, while the next game in the series will explore a new setting with new characters.