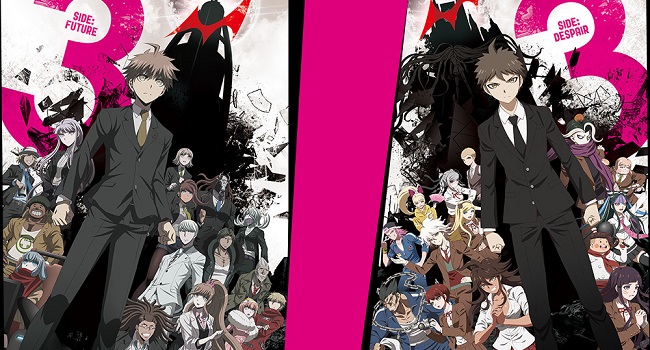 Funimation has announced plans to stream subbed episodes of Danganronpa 3: The End of Hope’s Peak Academy after they air in Japan.

Starting July 11th, fans will be able to watch episodes of the animated series after their airing in Japan through Funimation, including both the Future and Despair arcs, which act as a sequel and prequel to the Danganronpa games respectively.

Funimation handled the translation of the animated adaptation of the original Danganronpa, but Danganronpa 3 is a new story entirely, and acts as the closing chapter of the series’ Hope’s Peak Academy storyline before New Danganronpa V3 begins in a new setting.

Danganronpa 3’s Future arc will premiere on July 11th in Japan, with the Despair arc following on July 14th.

For more on the series, check out Gaming Trend’s review of Danganronpa 2’s PC port.