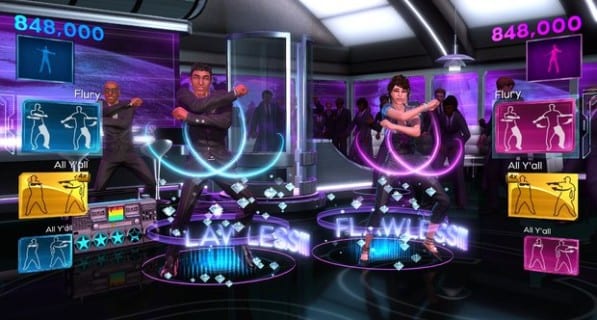 Harmonix’s long awaited time traveling dance title, Dance Central 3, became playable to the masses today on the Xbox 360 via a groovy demo on Xbox Live. The demo includes Jennifer Lopez’s “On the Floor,” Maroon 5’s “Moves Like Jagger” and Nicki Minaj’s “Starships,” just a few of DC3’s forty songs taken from the decades.

I played these routines earlier today on hard difficulty (or as I call it “The Only Difficulty”) and reveled in the challenge. If you’re a fan of the series, this demo is a sign of good things to come with DC3 on October 16th.