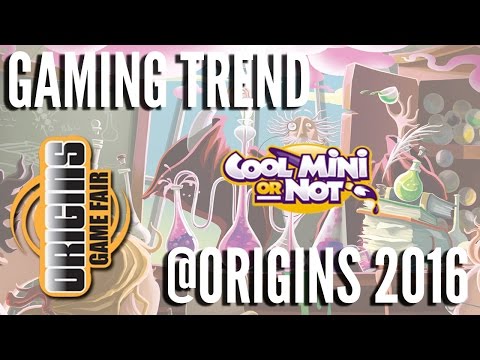 Cool Mini or Not is known for creating games with huge miniatures.  However, they do have several games that aren’t going to have such a huge scope, or price tag for that matter.  One of their upcoming games is Cthulhu in the House, and it looks to be a fun filler.

Cthulhu in the House is a royal rumble to see which Old One has the staying power to outlast their opponents. Players will hide their identities and compete over three rounds of battle to determine who is the toughest! Cthulhu in the House adds a new feature to the Rumble series: Portals. These eldritch gateways will let players teleport around the board and change the outcome of fights, bringing a new level of strategy to the series.

CMON, Spaghetti Western Games and Flatlined Games are pleased to have fan-favorite illustrator John Kovalic working on the game. His style and sense of humor brings life to every Old One. John will be at CMON’s booth during Gen Con 2016, where the game will debut for MSRP $24.99, to sign copies of the games, with times to be announced soon on CMON’s Twitter, Facebook, and Instagram accounts, as well as its official website.

If you want to see more of this game, be sure to check out my Origins video showing off the game.  Look for it at GenCon where it will debut.